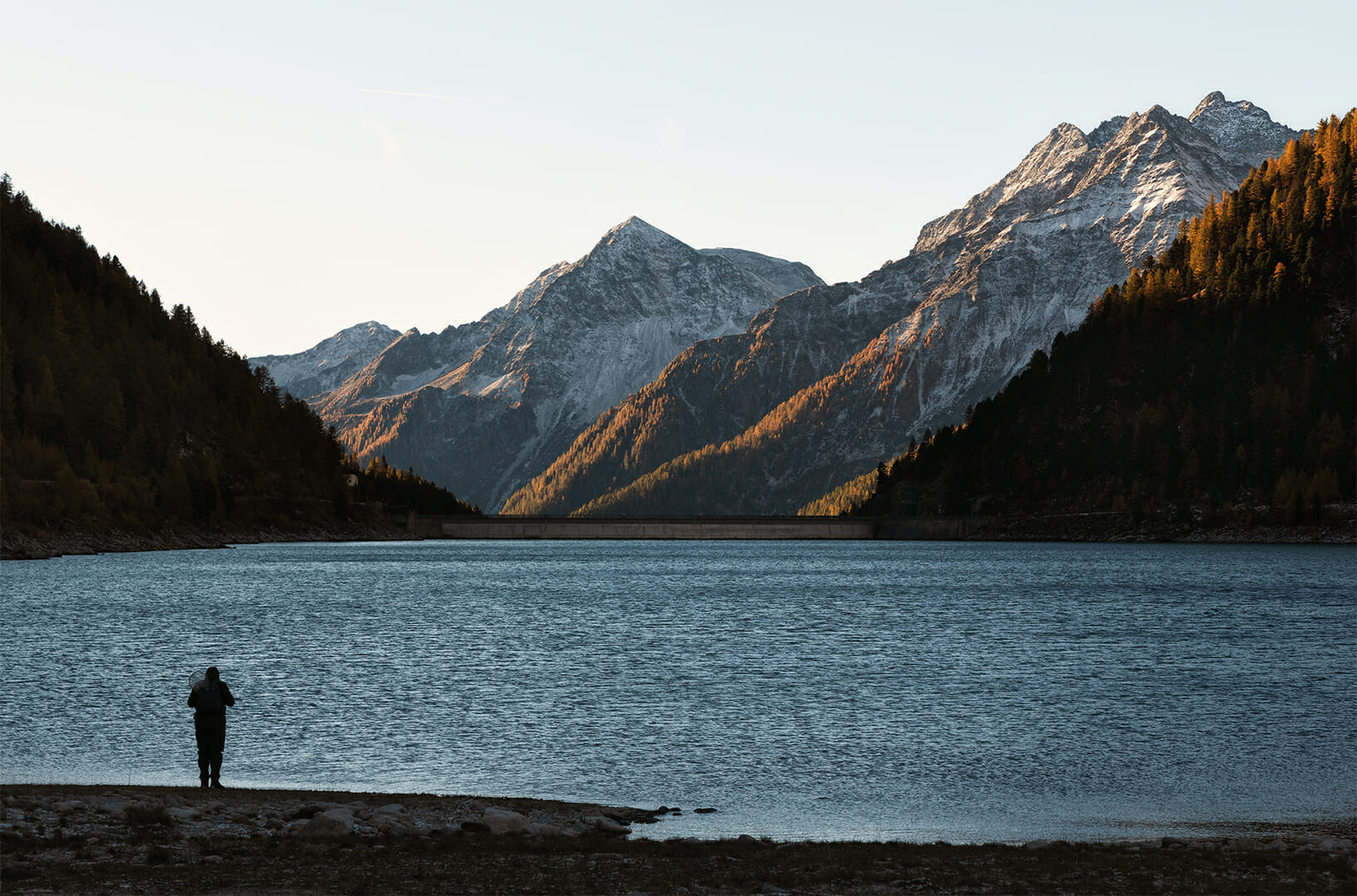 It has been an eventful start to the year at Integrity. In February, Kristofer Gray (Principal and Founder) traveled back to Washington DC to engage in the discussion on tax reform, meeting with policy influencers from the Virginia State Chamber of Commerce. Leveraging his experience in DC, Kris facilitated a workshop this month, sponsored by the Association of Washington Business, centered around educating small business owners on the implications of the new Tax Cuts and Jobs Act (TCJA).

Hosted at the office of Davis, Wright, Tremaine in downtown Bellevue, Dan Gaffney from Moss Adams presented on the implications of the TCJA from both the individual and business entity perspective, with support from additional panelists Kris Gray, Matt Loftin (DWT) and Paul Hajek (ACT). In March, Integrity was invited by Pepperdine University to facilitate a panel discussion on the topic of “The Evolution of Private Equity”. The event took place at the Graziadio School of Business and included representatives from KKR & Co. and Kayne Anderson, two of the most well respected firms in the private equity space. The event focused on educating students and the greater Los Angeles community on the history and current climate of Private Equity investing. Although it has been a hallmark for pensions, endowments, and sovereign wealth funds for many years, the discussion detailed the use of Private Equity for individual investors (if qualified) as an alternative asset class to diversify one’s portfolio and hedge against potential volatility of the public markets.   Our firm is committed to continuing the effort to educate and engage our clients and business communities on the relevant financial issues of today. As we head into the second quarter, we look forward to the workshops and educational events that we will be hosting throughout the year and we hope to see you at one soon!

The US economy continued its upward trajectory in 2018 with core economic metrics remaining largely positive across the board. The most recent estimate of fourth quarter GDP came in at 2.9%, up slightly from the prior estimate. Confidence among business-es and consumers is high, however, as we enter the 9th year of economic expansion, with the economy nearly at full employment, many economists are cautioning that we are entering the latter stages of the cycle and sustaining current levels of growth may become more difficult. The housing segment remains robust, and outlook remains positive for 2018. Home-building activity is strong, existing home sales are up 11% year over year and home prices have increased 5.9% from first quarter 2017. The labor market has also seen continued gains, with an average of approximately 242,000 jobs added each month and the unemployment rate steady at 4.1%. Low unemployment and increasing wages have helped fuel a rise in inflation, something the Federal Reserve has been patiently waiting for. This led the Federal Open Market Committee to increase the target rate from 1.5% to 1.75% in March. Economists expect as many as three additional rate hikes in 2018 as inflation picks up and wage pressures accelerate.   The yield curve is an important leading indicator of economic cycles. Typically, a positive sloping yield curve indicates an economic expansion, while a negative sloping curve indicates an impending recession. In recent quarters we have seen a flattening yield curve, indicating a possible change to a negative slope, and suggesting that the economic cycle is starting to mature. Last quarter, the yield on the 10-year Treasury in-creased by 0.33% ending the quarter at 2.74%, while the yield on 30-year Treasury in-creased by only 0.24%, ending at 2.98%.   Corporate profits have been strong and are expected to pick up in 2018 as well, fueled by the Tax Cuts and Jobs Act of 2017. The tax reform bill cut the top corporate tax rate from 35% down to a maximum rate of 21%, which should have a significant effect on corporate earnings. Some estimates project earnings growth of up to 20% for 2018, which could in turn support an increase in stock prices, without further stretching valuations.   The global economic environment remains strong and is showing signs of continued improvement. The Eurozone grew at a rate of 2.7% in the fourth quarter, well above the trend line. This growth has been driven by accommodative monetary policy and strong consumer demand. Japan and China have both seen solid growth, beating expectations, and their momentum is expected to continue throughout 2018. China’s Q4 annualized GDP growth came in at 6.8%, exceeding the target of 6.5%, and Japan grew at a 1.6% rate, vs. expectations of 0.9%.

One concern to note, is that the trade war that was started and escalated quickly over the previous month poses some threat to economic growth projections. What began as a relatively small $3 billion tariff by the United States on steel and aluminum imported from China, quickly escalated into a $50 billion retaliation tariff by China on American goods, which was then reciprocated by the US. The latest news suggests that the Trump administration has threatened to impose tariffs on products up to $150 billion in value, almost a third of the total Chinese imports to the US last year. This could have a significant impact on both economies and consequently financial markets in turn. The S&P 500 responded to the drama with a -2.64% drop since the debates started this past month.

Though the economic backdrop remains optimistic, stocks broke their winning streak in the first quarter of the year as their long-lost foe, Volatility, returned to the markets. The instability in 2018 has been driven by increasing inflation, the Fed rate hike, threat of trade war with China, and the prospect of new regulations on tech firms. The New Year jumped off to a quick start as the S&P 500 surged to almost 6% in January. But once the markets encountered turbulence in February, they see-sawed throughout the quarter, with the S&P 500 ending down -0.8% at the close of Q1, though still up almost 14% over the last 12 months. This was only the second quarter of negative return for the index in the last five years. The volatility and pullback were not unexpected, as broad indices generated consistent gains in a low-volatility environment throughout 2017, and were poised and overdue for profit-taking.   Growth stocks continue to outperform Value, and Small cap outperformed Large cap for the quarter. Most of the major economic sectors declined in Q1, though the strongest performers and the only positive sectors were Information Technology and Consumer Discretionary with returns of 3.5% and 3.1% respectively. Telecom and Real Estate were the poorest performers, both declining approximately -7.5% for the quarter. With the price decreases across the board, US stock valuations improved slightly but are still above historic averages. International markets generally outpaced the US for the quarter, though returns were mixed with most of the devel-oped market indices posting a negative return in Q1. The MSCI EAFE Index fell by -1.5%. Emerging markets ended positive, however, with the MSCI Emerging Markets Index climbing 1.4% for the quarter.   Fixed income generated mostly negative returns, primarily driven by another rate increase by the Fed. The Barclays US Aggregate Bond Index was down -1.5% in Q1. The biggest decrease was seen in the corporate sector with inter-mediate corporates down -2.4% return. Treasuries and high yield also slid by -1.3% and -0.9%, respectively. Spreads widened slightly during the quarter though they remain considerably tight relative to historic norms. Tight credit spreads are generally a good indicator of strong investor confidence and a healthy economy. Prices of most international fixed income securities moved higher in the quarter, helped by low interest rates and increasing economic production, though emerging market bonds suffered, down approximately -1.8%.

The US economy is strong and set to march forward as we continue into 2018. GDP is still growing at an accelerated rate, and is likely to do so for the next several quarters. The tax cuts enacted in December are only now beginning to flow through the economy, and should continue to improve companies’ proﬁts throughout the year, boosting economic growth and supporting stock prices. Additionally, the recent omnibus spending bill that was passed will add even more stimulus to the economy that will be felt over the next couple quarters. The bill is expected to push GDP growth to over 3% in the summer and unemployment closer to 3%. That being said, risks exist which could stunt the potential benefits from the recent tax and fiscal stimulus. If the trade war with China is escalated, it may have a lingering effect on growth.  Inflation is also a concern and any policy missteps by the Fed could allow it to rise too rap-idly, pressuring savings rates and investment returns. Stock market performance has always tracked closely with corporate earnings, so if earnings expectations are met throughout the year, the markets should increase in step, without having to stretch P/E multiples further. However, valuations are still elevated and most analysts expect the volatility that has defined the market so far this year to continue throughout the year. We believe the best strategy to hedge risk is a disciplined and diversified approach. We are encouraging our clients to consider positioning a portion of their investments into alternative options, such as private equity funds, private income funds, and equity-indexed strategies – when and where suitable. We recommend you meet with your financial advisor to evaluate your current investment objectives and risk tolerance, and consider implementing alternative defensive strategies as appropriate for your short and long term goals.