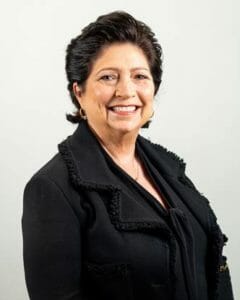 Gloria Nelund was the CEO of the U.S. Private Wealth Management Division at Deutsche Bank, the world’s fifth-largest financial institution. In this capacity, she held fiduciary responsibility for more than $50 billion in investment assets, including more than $20 billion in emerging markets and credit instruments. In addition to her role as divisional CEO, Gloria served as the only female member of the Global Private Wealth Management Executive Committee.

Before her tenure at Deutsche Bank, Gloria spent 16 years as an executive at Bank of America, most notably as President and CEO of BofA Capital Management, Inc., an investment management subsidiary managing $35 billion in assets for both retail and institutional investors.

TriLinc employs a disciplined ESG screening process to assess a company’s ESG policies and practices as a way to mitigate certain potential risks. TriLinc’s impact tracking and reporting are designed to prove that capitalism can be used as a force for good. Since 2013, TriLinc has financed $1.09 billion in term loans and trade finance transactions to enterprises in 37 developing economies that resulted in the support of over 39,905 permanent jobs. 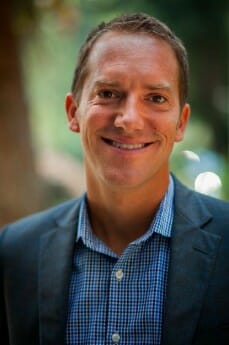 Kristofer Gray, CFP, will review the landscape of social impact and socially responsible investing in the private wealth management industry. He will be reviewing best practices of asset managers, as well as the United Nation’s Sustainable Development Goals. Kristofer will discuss how private equity/credit managers are leading the way towards a more socially responsible investing environment. Furthermore, he will be interviewing with Gloria Nelund, CEO of TriLinc Global, and opening the floor for Q&A with one of the premier thought leaders in the social impact investing professional community.